Matthew Corrigan’s Ghostking is Dead project returns to releasing music after almost a year with Palm Tree. Set against the backdrop of “silver spoon psychos” living out tropical fantasies on Love Island-esque TV shows, and pretentious Instagram liars closer to home, Palm Tree is a conflicted ode to Cork and a life there; “for every moment you inspire me, you bring me doubt”. There’s a summery bounce over the track, using the sunshine and contrast it channels to bring other imagined worlds into vivid focus - Cork sliding into the sea, Corrigan dreams in a taxi to the airport. References to Frank Ocean and LCD Soundsystem draw closer inspection to the lyrics; familiar yet unique.

Palm Tree comes at a time when Matthew is fresh from a busy 2019 playing guitar and producing for Irish rap sensation Alex Gough, and lends a new insight into a young man with a new outlook.

The first track to release from five-track odyssey Fever Dreaming, Palm Tree was originally scheduled to land last year before a change of focus struck in; Corrigan’s drive to make something personal and ambitious led to him wanting to revisit the track and see it pulled into something greater. Just a day before its press release was set to go out, he pulled it; it still managed to make some radio play and sneak out on YouTube for a few hours regardless.

Beyond changing the track, pulling it ended up changing his whole direction. The new version of the song, remixed and mastered in-house with his cousin Jack Corrigan, ended up being the foundation of the new EP - its dreamlike haze stretched out and and inverted to a thread of restless tossing and turning - faraway lands, distant dreams.

Introducing the Fever Dreaming era, there’s a whole new visual language for Ghostking is Dead. Bartek Gruba and Neil O’Sullivan-Greene’s photography and design work with Corrigan doesn’t just stop at the cover and press photos; Instagram augmented reality filters and 3D experiments are being planned for the roll-out and a future exhibition under the Hausu name.

Ghostking is Dead is taking to the stage for a headline show in Plugd Records this February 13th just before the release of Fever Dreaming itself on February 28th.

Matthew Corrigan’s work as Ghostking is Dead stylistically fuses Irish indie rock with notes of hip-hop and bedroom pop over jazzy chords, carving out his own sonic niche somewhere between Nealo’s INNRSPACE recordings and Villagers’ dabbling with synths, and somewhere uncharted down south. His music finds itself in the midst of a national cultural moment; between rising house prices, rising sea levels, rising anxieties, tumultuous cultural tides.

As a founding member of Cork’s Hausu, a fully-independent artists collective that writes, records, releases, mixes, masters, distributes and promotes music, Corrigan released two other EPs as Ghostking is Dead; Sweet Boy saw his first strides into his current form, a home-spun release that launched the collective and broadened his horizons beyond Cork. This Is Doubt saw him tackle his anxieties head-on, while inviting new sounds, weaving hip-hop beats and spoken word passages into his fabric.

His live performance swings from contemplative to explosive, often accelerates these elements with a punk urgency, his commanding role as a frontman grounding the five-piece. Over the last two years, the show has landed successfully at festival stages like Body & Soul, Quarter Block Party and It Takes A Village.

Palm Tree comes at a time when Matthew is fresh from a busy 2019 playing guitar and recently producing for Irish rap sensation Alex Gough. In 2019 he also released his biggest single Deflector – featured by RTÉ, Nialler9, District Magazine, GoldenPlec and on Spotify’s global hip-hop playlist Free Form. In 2018 he released his EP This is Doubt to acclaim, being named one of the top Irish acts to watch in 2019 by Nialler9 and being picked up by Anthony Fantano of The Needle Drop, compared to King Krule and Destroyer. In his return, he lends a new insight into a young man with a new outlook.

Ghostking is Dead on Social Media: 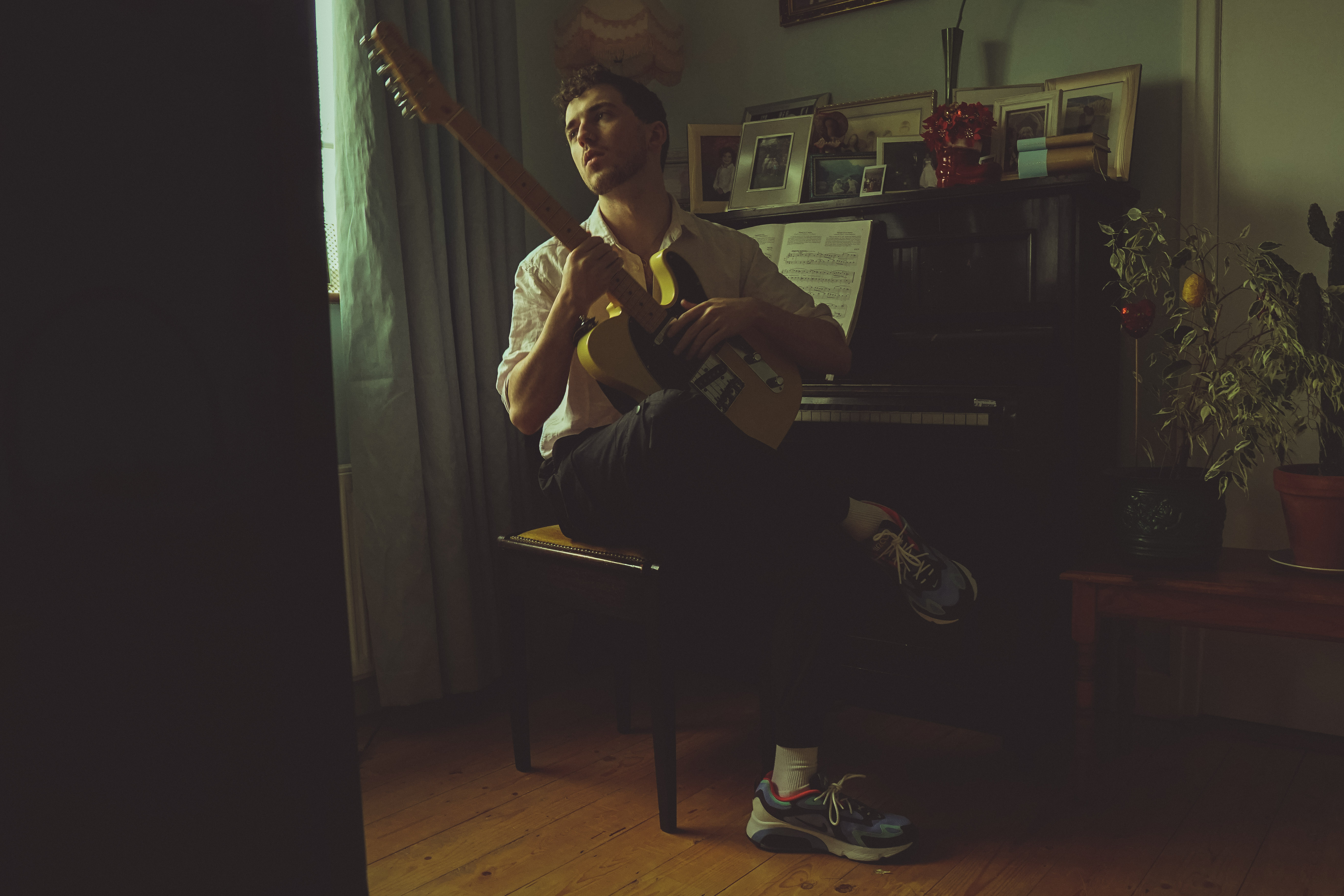 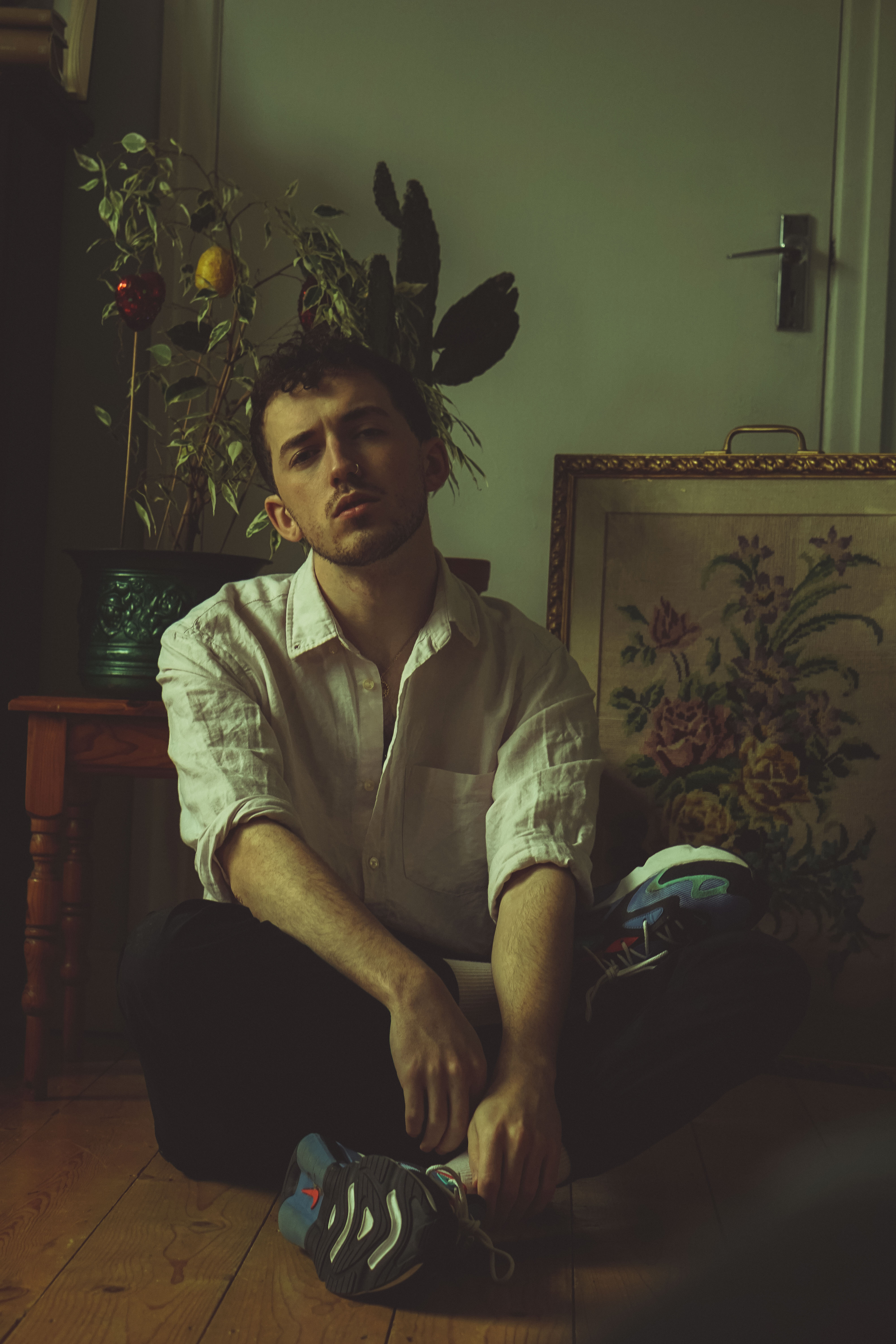 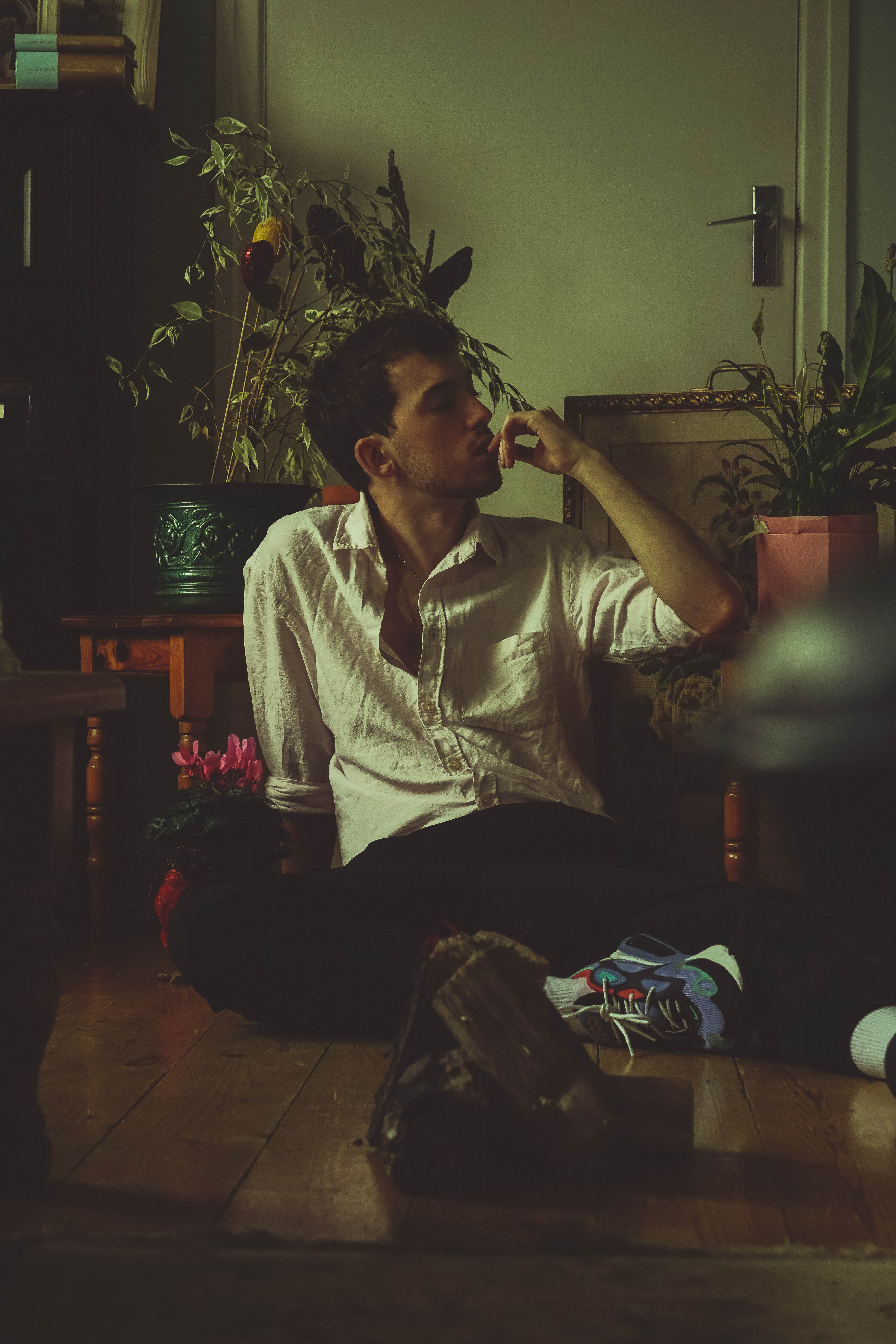 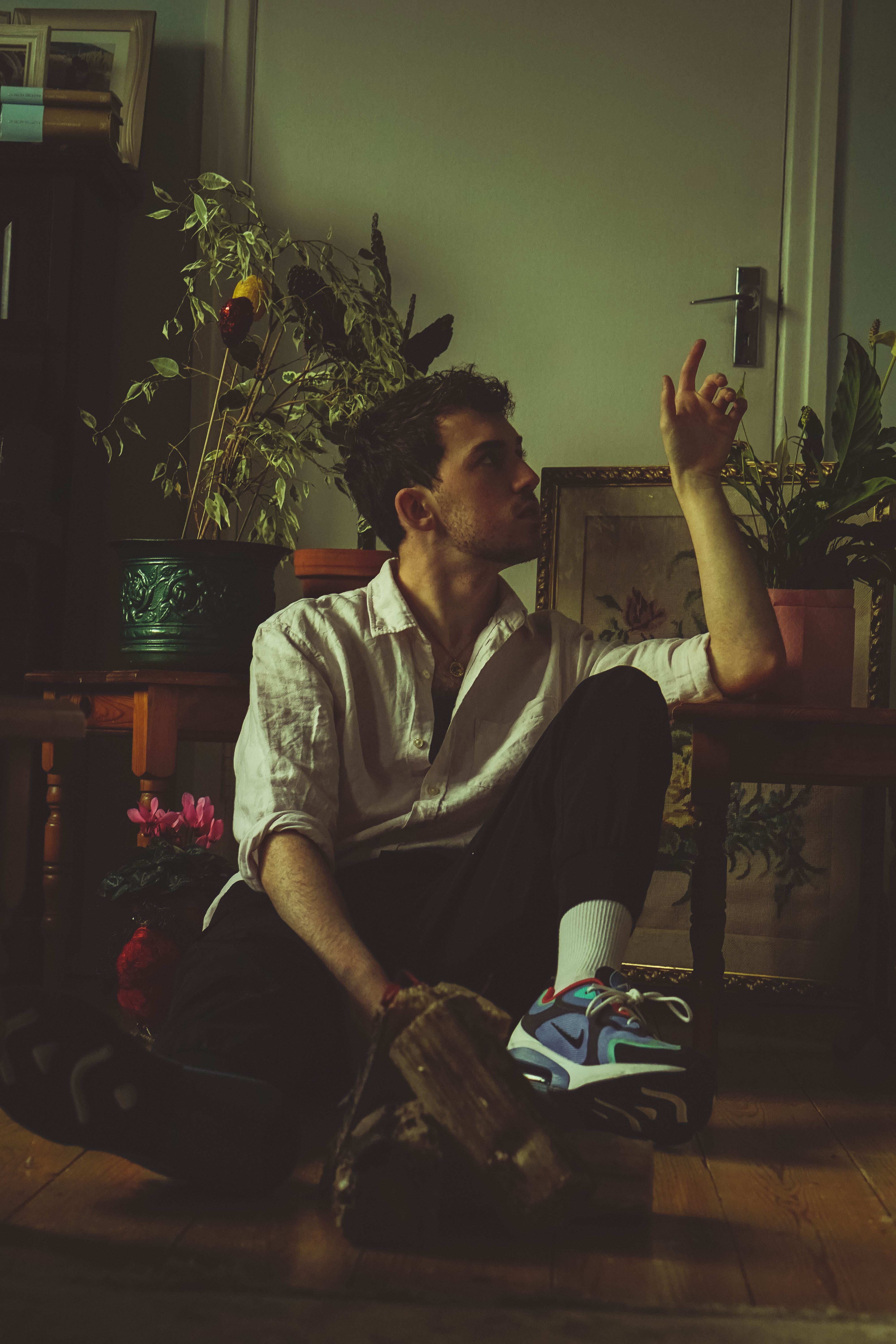 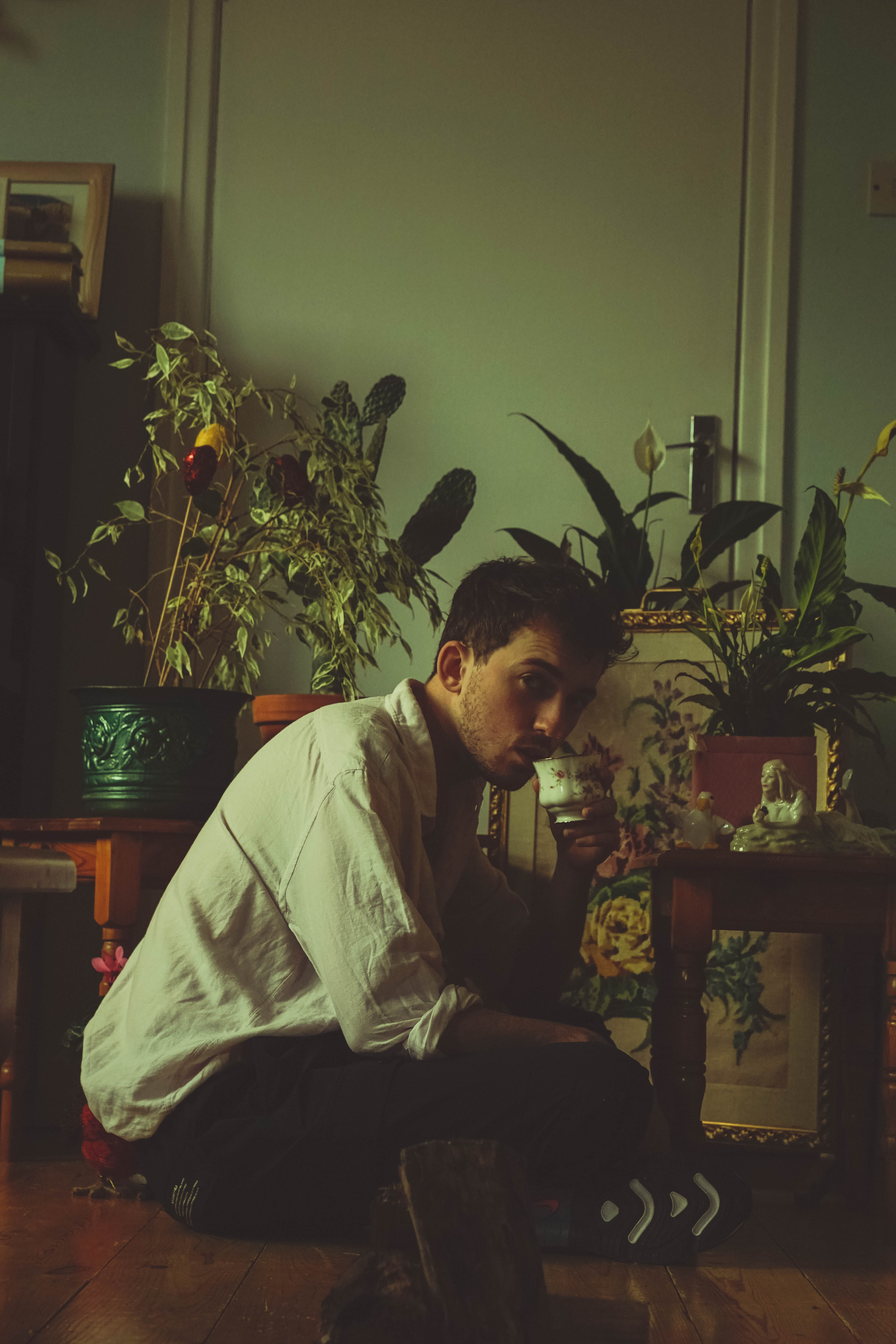 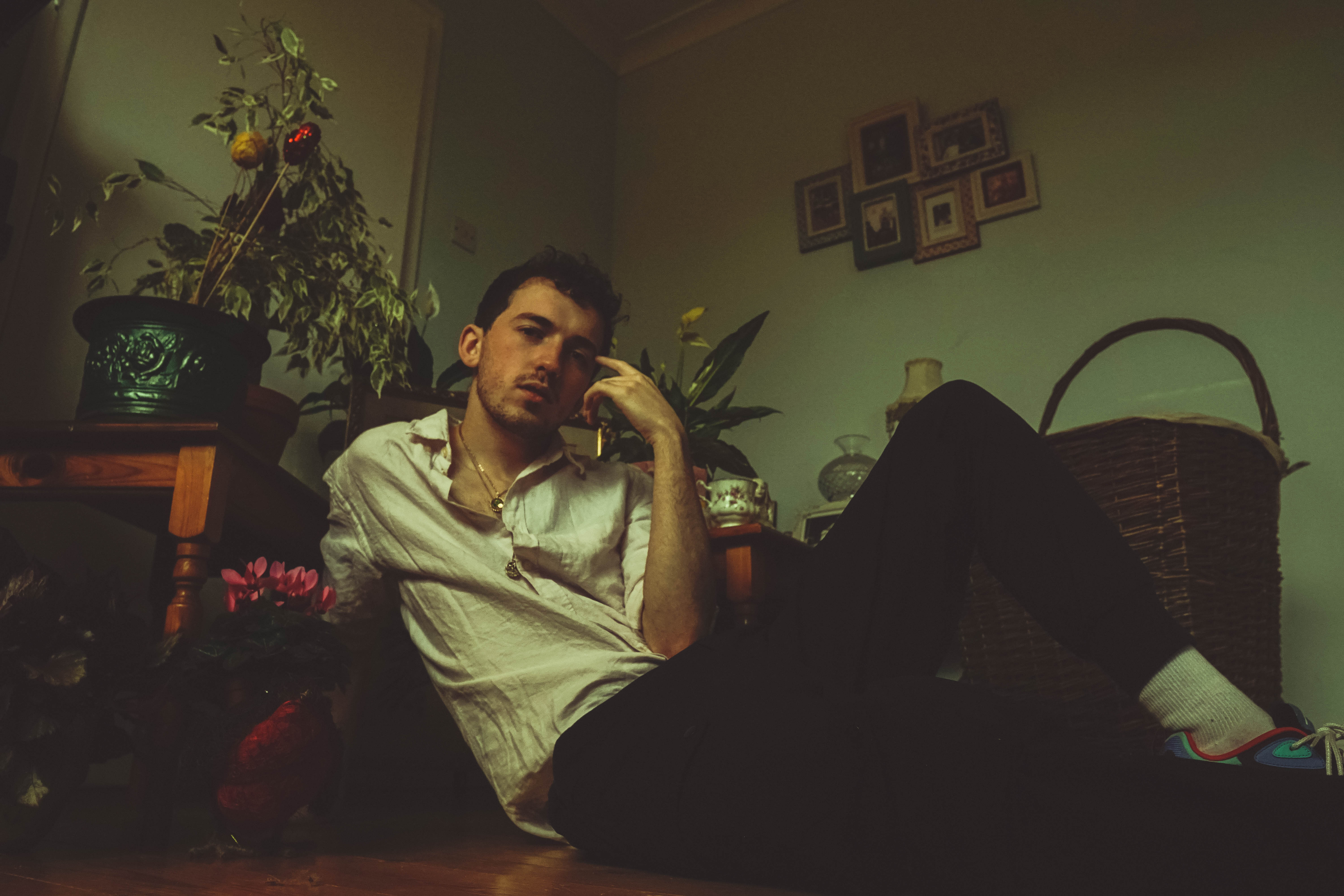 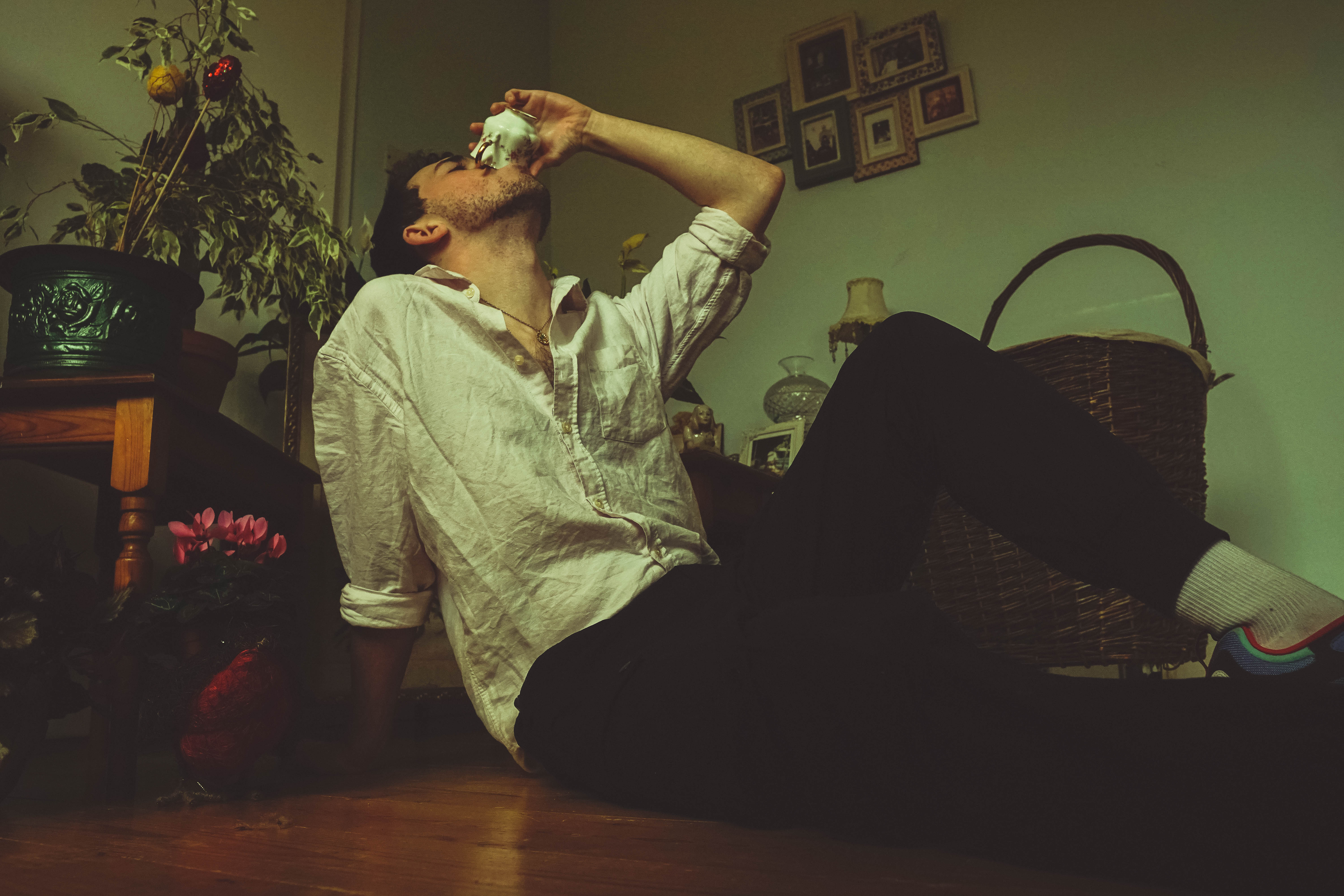 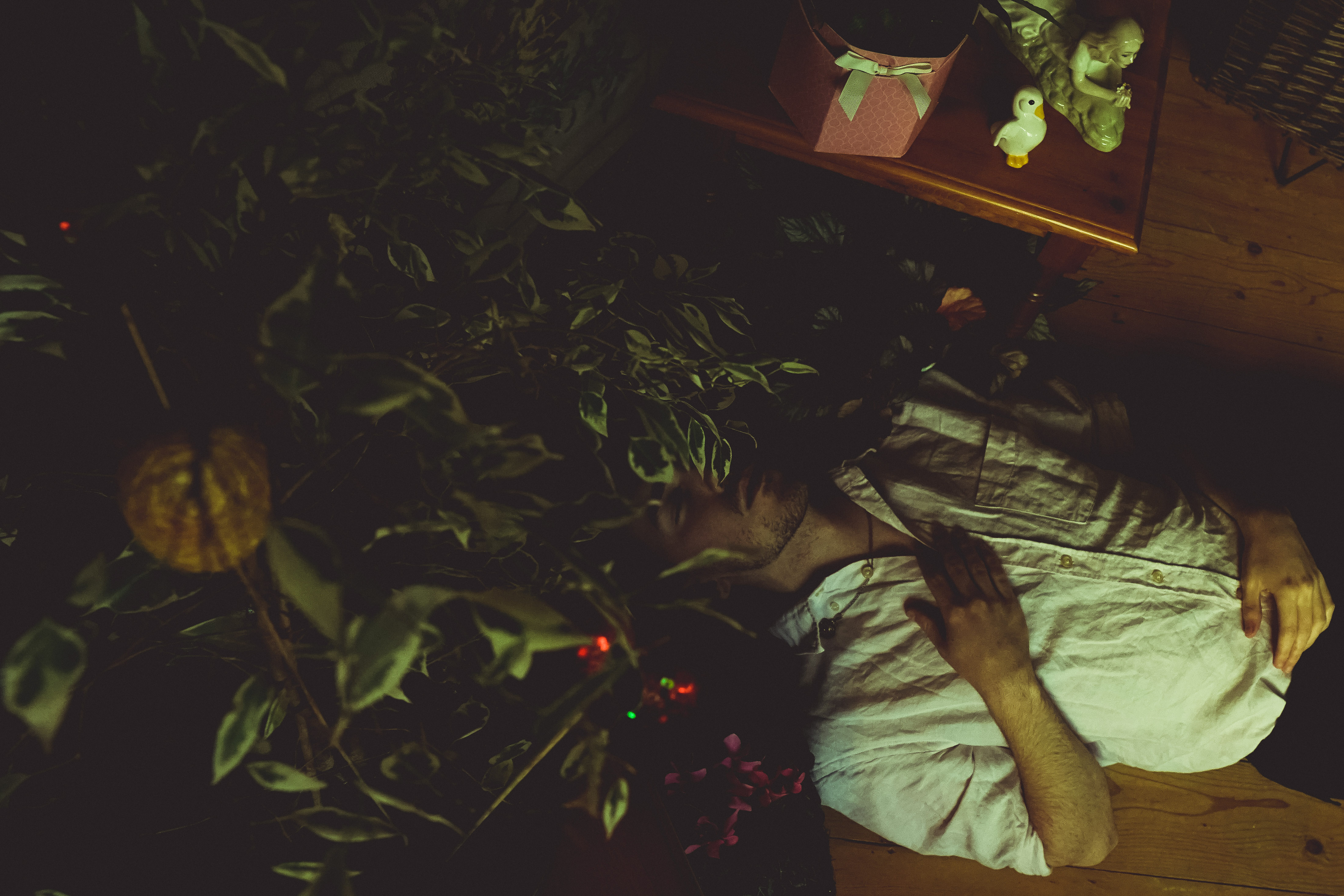 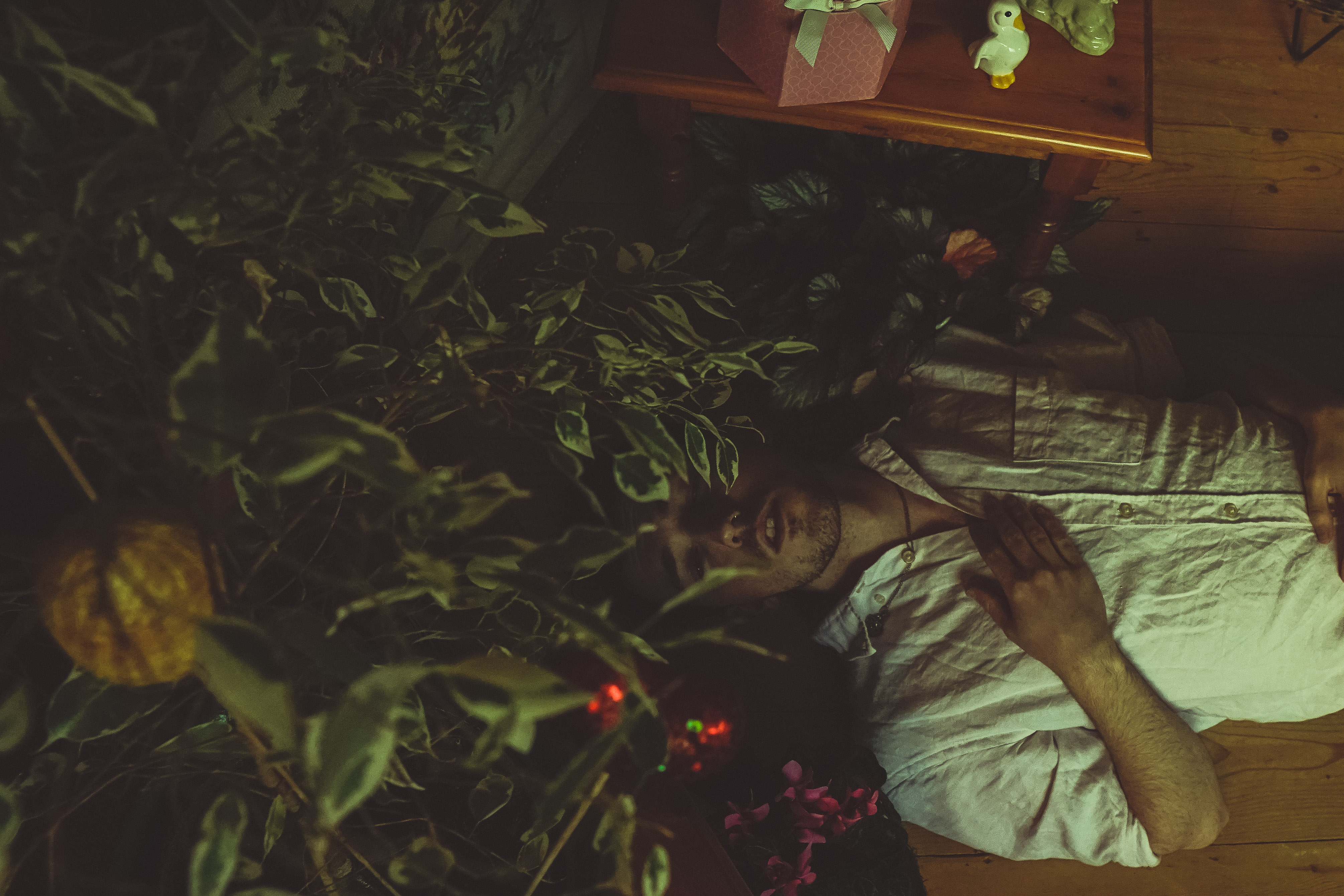 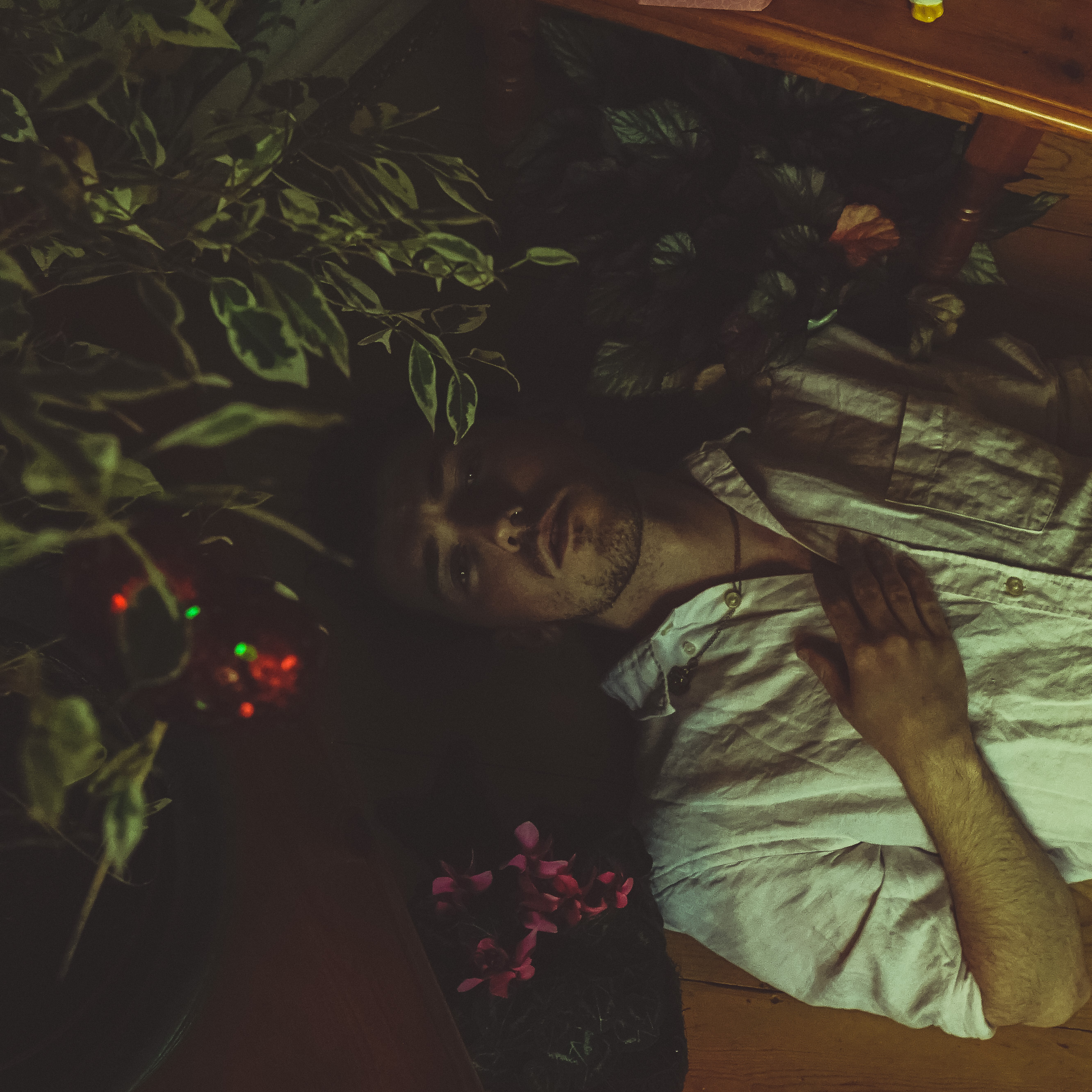 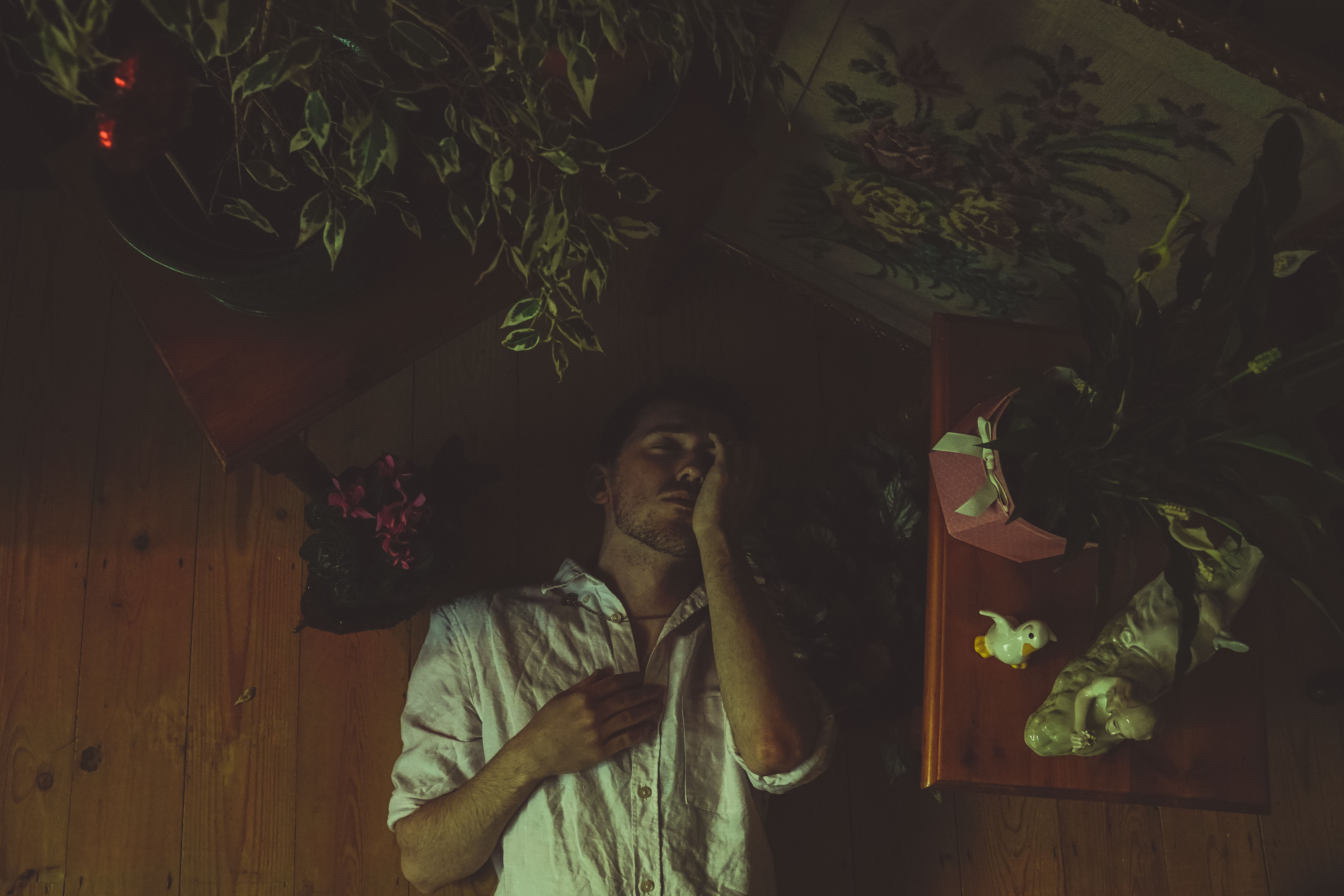